What happens when your brain sees the future as a matter of constant worry and discomfort? This is anxiety, a state with a range of causes, and a surprising prevalence in modern society. In this unit you will learn about anxiety, and things you can do to become happier and more relaxed.

This page requires you to be logged in to access it. Please login and try again.
5 mins
Introduction
Getting Started
10 mins
Fear vs Anxiety
Saving Lives

"I grew up in Hong Kong in the 1980s and 90s, a happy child in a happy family. I was outgoing, loved the company of people and enjoyed being active. In retrospect, I now know there were brief times when I suffered from bouts of severe anxiety, mild depression and even depersonalisation (a state of feeling detached from yourself and reality). At the time I knew it was uncomfortable, but did not realise that it was abnormal (although not uncommon).

As I grew older, these episodes become less regular, yet more intense. At the age of 19, having spent a very unhappy year at university in England, my mental state suffered a rapid deterioration. Already somewhat fragile, I had failed to look after my body and mind for too long: not enough sleep, too much alcohol, too much stress, young love turned sour and a failure to regulate my own thoughts combined to take their toll.

Throughout my second and third years of university I continued to become more anxious and less happy. I was disconnected from my friends, erratic and afraid. I managed to complete my studies, and, thinking I just needed to return home to escape a place I did not like or understand, I retreated to Hong Kong.

Accepting a well paid but soulless job in a bank, I hoped to find an escape in material security and the routine of work. It was a plan that did not succeed, and things declined steadily over a short number of painful weeks. I was confused and unable to admit to anyone how I truly felt. I felt ashamed of the constant stream of bizarre, anti-social thoughts that swept through my mind, and of my constant fear about everything: going to work, seeing friends, talking to strangers...taking the bus. Even the things I loved most, like playing golf, became terrifying.

After facing up to any one fear, like going our for dinner with friends, I would feel a rush of euphoria at having survived. But over the ensuing hours the old feelings would come trickling back, convincing me that disaster was imminent. Sooner or later I would be at rock bottom again.

Eventually the emotional cost of living a lie became too much: a massive panic attack in a public place brought me to the edge of what I could bear on my own. I confessed everything to my (very confused) parents, and eventually to my closest friends. No one could believe that behind my positive, friendly, confident, hard working exterior lay an utter wreck. I had done everything that was asked for me, performing exceptionally through school and university, and playing golf to junior world championship level...on the outside I looked like a successful young man. Inside I was tearing myself apart.

I quit my job, sought counseling, and started a course of anti-depressant medication. I began to learn that I was not alone, not a freak, not deranged. I had simply let my brain run away with its natural (and most likely genetic) tendencies, and allowed itself to restructure itself in such a negative way that I could no longer function.

After 3 months of generally isolated convalescence I crept back in the world to see if I could rebuild myself. I started to volunteer at Crossroads, then I began to work part time at the YMCA's inline hockey rink. Part time work became full time work: finally, a job that I loved. I spent more time with my friends, I moved out of home, I learned to understand my mind. I meditated, I did yoga, I roller bladed everywhere all the time, I learned about nutrition. I faced up to my profound fears around being good enough to be loved, of public speaking, of failure. I started my own ICT company and started doing contact work for schools. I learned to programme computers and build websites, I learned to teardown and rebuild PCs. I read voraciously, seeking to strengthen and deepen my mind.

Two steps forward, one step back, I became stronger, more confident and more in control of my own brain. I learned that everyone has a cross to bear, and that most people are not in private what they seem in public. I learned to believe that my biggest weakness could be turned into major strengths: empathy, compassion, patience, thoughtfulness.

To be sure, the anxiety never fully disappeared, and medication continues to be a part of my treatment. But my mind is today far, far stronger than I ever could have imagined. I can tune out thoughts I don't like, deal with stress and test myself with new challenges. I have filled my life amazing people (my wife and children, my parents and sister, my friends, my students and colleagues), with purposeful and passionate work and with a desire to help others trapped by their own brains and by a society that demonises failure and festishises success.

Today I understand that society compels us to hide our problems, and that happiness is something we are wise to pursue, not indirectly through financial reward, fame or love, but directly and for its own sake." 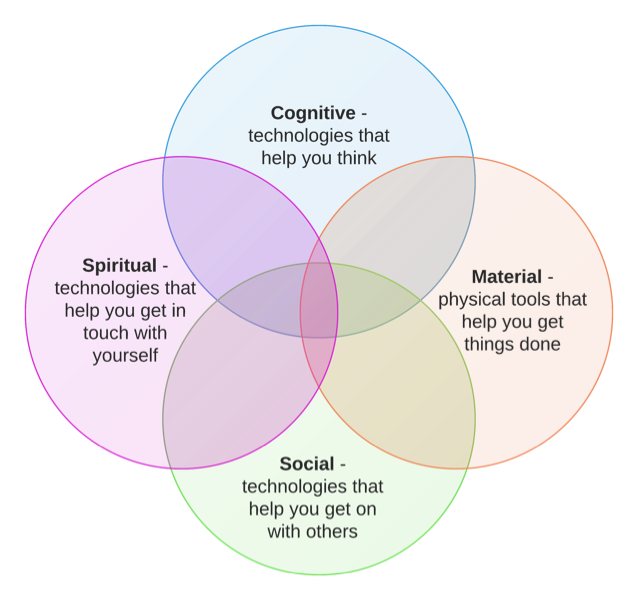